HELPING YOU SEE What you can’t see with the normal eye!
What is Thermal imaging
Thermal imaging is a method of improving visibility of objects in dark environments by detecting the objects’ infrared radiation and creating an image based on that information.

Thermal imaging, near-infrared illumination, and low-light imaging are the three most commonly used night vision technologies. Unlike the other two methods, thermal imaging works in environments without any ambient light. Like near-infrared illumination, thermal imaging can penetrate obscurants such as smoke, fog and haze. Here’s a brief explanation of how thermal imaging works: All objects emit infrared energy (heat) as a function of their temperature. The infrared energy emitted by an object is known as its heat signature. In general, the hotter an object is, the more radiation it emits. 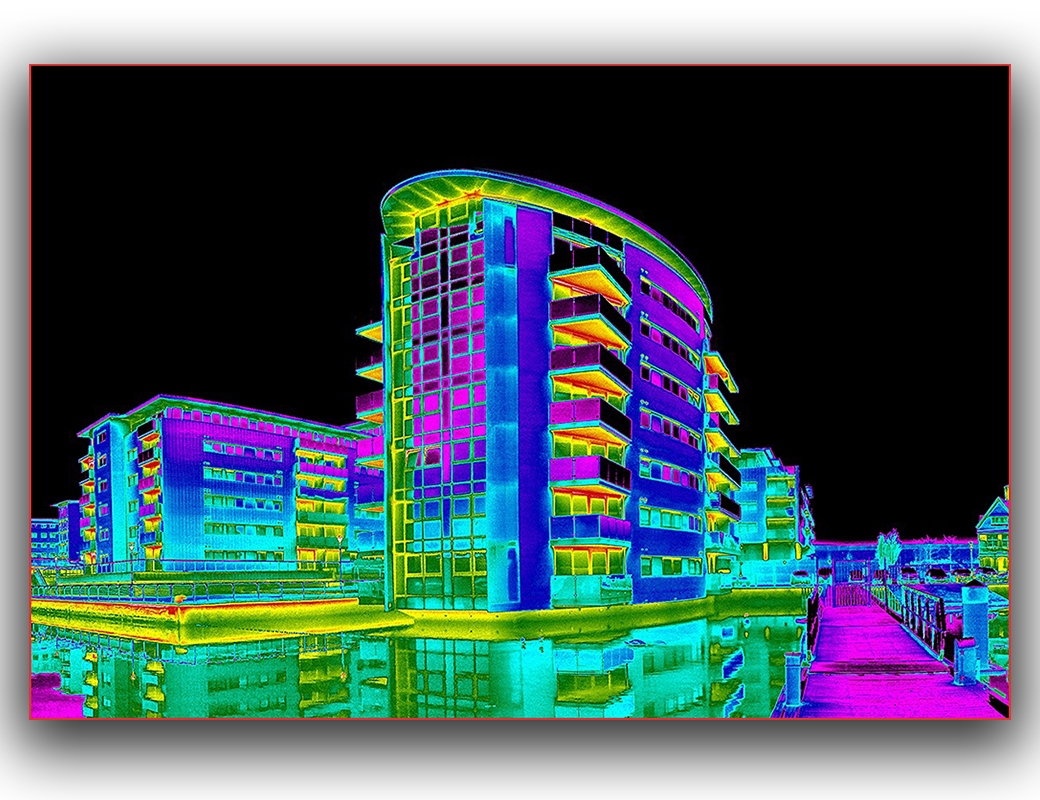 A thermal imager (also known as a thermal camera) is essentially a heat sensor that is capable of detecting tiny differences in temperature.

The device collects the infrared radiation from objects in the scene and creates an electronic image based on information about the temperature differences. Because objects are rarely precisely the same temperature as other objects around them, a thermal camera can detect them, and they will appear as distinct in a thermal image.

Thermal images are normally grayscale in nature: black objects are cold, white objects are hot and the depth of gray indicates variations between the two. Newer or professional grade thermal cameras, however, add color to images to help users identify objects at different temperatures. 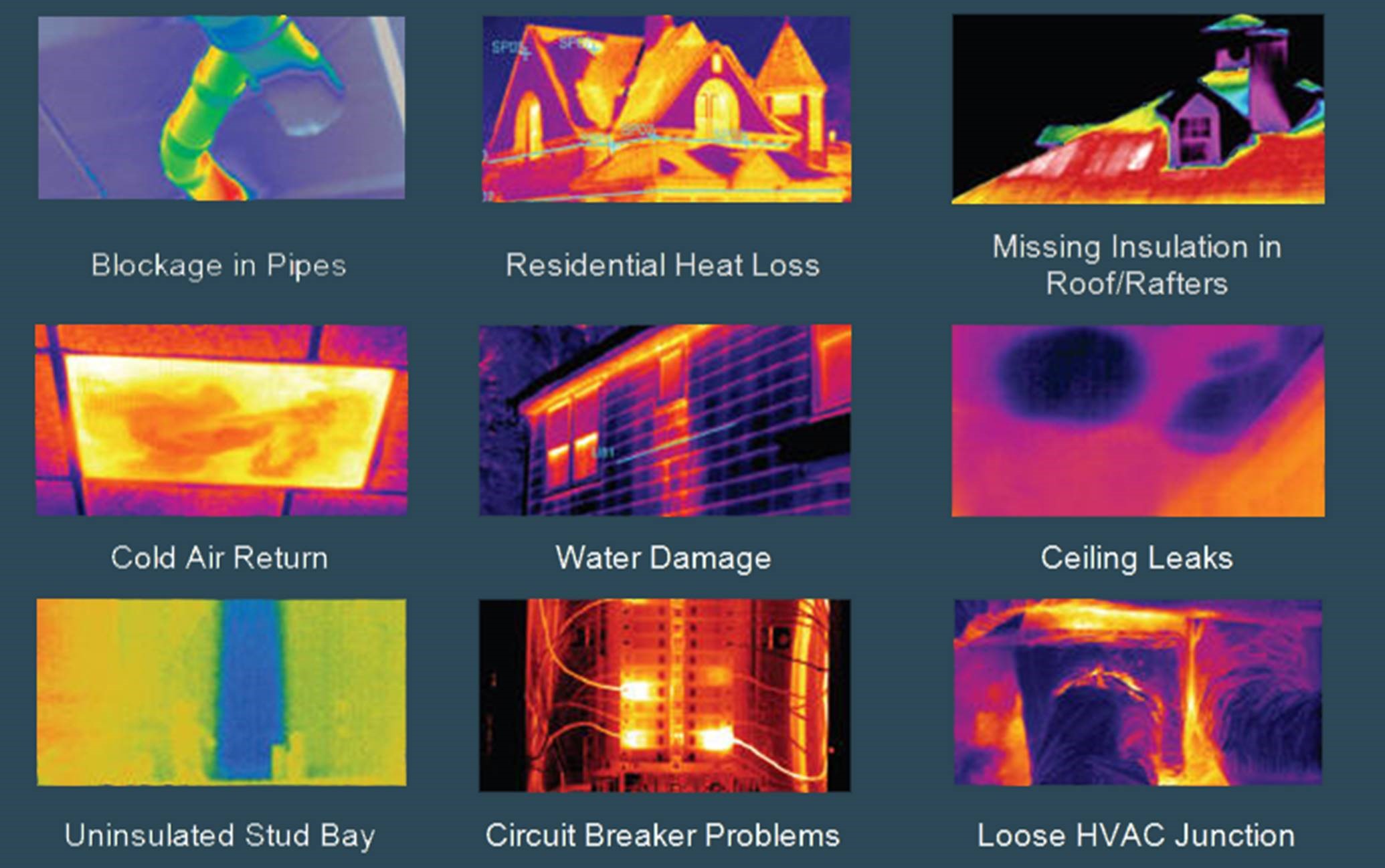 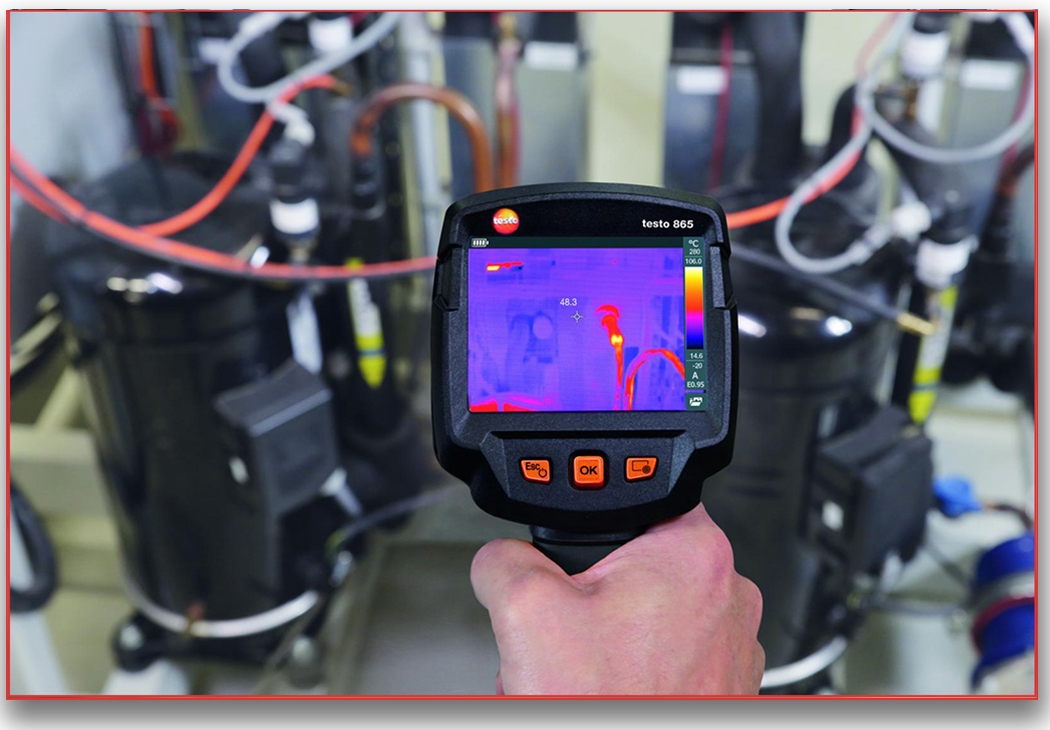 ✔ Allows Inspectors to identify issues within a building prior to making a purchase.

✔ Allows Contractors the ability to find inefficiencies/deficiencies in their trade work.

3 Reasons You Need a Thermal Inspection

All facilities are subject to thermal loss, moisture intrusion, and equipment failures – do you have the right tool to track these problems? Thermal imaging cameras were once common in utility and industrial plants, but commercial buildings have just as many opportunities to benefit from thermography. These point-and-shoot imagers have earned their place in the FM toolbox – use them to find heat loss and moisture intrusion within seconds, take no-contact measurements from a safe distance, and create pictures of problems that are easy to understand.
A Picture Is Worth a Thousand Words
Using infrared wavelengths, these cameras can measure the thermal signature of an area as small as an electrical box to as large as your entire building envelope. “This data is converted into a visual image that colorizes heat, making it quick and easy to identify thermal variance,” explains Roger Mavrides, vice president of engineering and product development for General Tools and Instruments.

The resulting thermographs reveal a spectrum of heat signatures that we can’t see with our naked eye, making them invaluable for spotting hidden problems, says Eric Woodroof, a certified energy manager and chairman of the board for the Certified Carbon Reduction Manager program.

Note that thermal imagers don’t measure temperature. “They measure radiated thermal energy from which a temperature is derived based on the amount of energy detected,” adds Gary Lux, a Level II thermographer and vice president of sales for manufacturer Palmer Wahl.

More than just a nifty-looking toy, these cameras can save you thousands of dollars – if you can’t manage what you don’t measure, then it’s equally true that what you can’t see, and fix is draining your budget.

The very problems that can end up costing facility managers the most – poor insulation, roof leaks, and electrical malfunctions – are often the hardest to catch because they are hidden from view. Start by investigating these common problem areas. 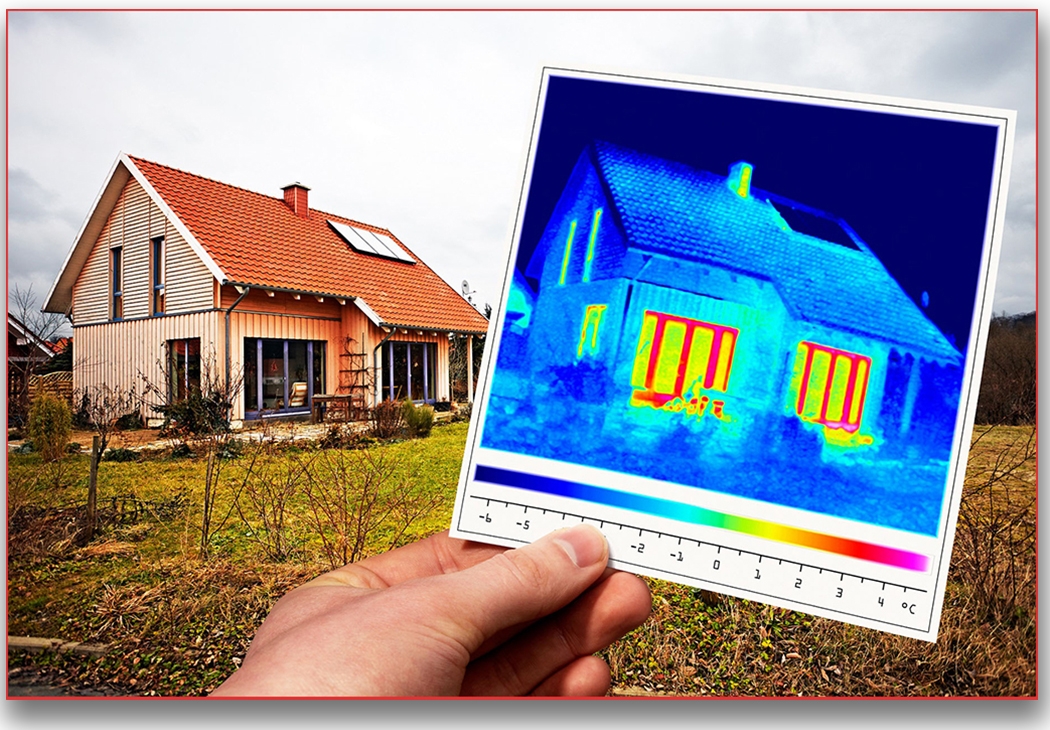 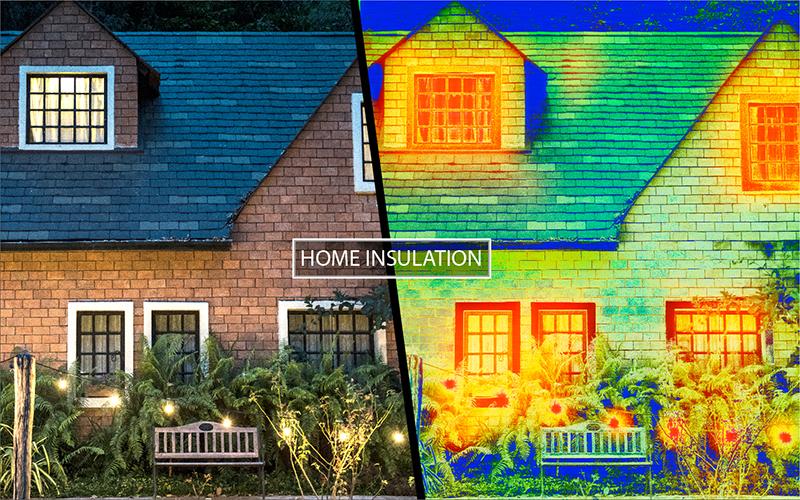 SAVE Thousands of Dollars on Roofing Expenses

Your roof is one of your most valuable assets, so you don’t want to find out about a leak when an employee reports a puddle on their desk. You can use thermography to track roof conditions and spot problems before they wash out occupants below.

Typical roof problems are punctures, compromised membrane around an HVAC unit, or gaps in a seam. With any of these, water will saturate the insulation above the roof deck. This moisture will heat up as the sun shines down. At night, the roof will radiate heat, but the areas holding moisture will take longer to radiate because they have a higher thermal mass. There’s a certain time of the evening between sundown and midnight when these spots will stand out like a sore thumb.

Thermography may even save you from having to replace a roof altogether because you were able to pinpoint the specific issue. Taking thermal images from a drone, Helicopter or plane, you can see where a leak has compromised the roof insulation. Instead of replacing the whole roof, you can isolate the damaged area for repair.

Need to See Where Your Energy Loss Is? Have Questions?

Thermal imagers are relatively simple devices to operate, but like any diagnostic tool, proper Training and Certification is the Key! Assure Property Solutions Thermographer(s) are LEVEL – 1 Certified.

Even for an Experienced Thermographer, it’s possible to make mistakes from time to time. Novice users may forget to set the ranges on the camera or overlook whether the measurement is in Celsius or Fahrenheit. They may NOT have the Emissivity set correctly; therefore, documenting things that are not actually present. A Certified Thermographer is trained to interpret what he/she is seeing through the lens of the camera.

The first rule of Thermal Imaging is to remember that unlike Superman, Thermal Cameras Don’t See Through Objects – They Can’t Look Behind Walls, Doors, or Covers. Thermal Imaging Cameras only see the first 1/10,000 of an inch of the energy radiating from a surface. Quality differs from Thermal Camera to Thermal Camera. A Good Quality Camera starts at $12,000 – $15,000.

Measuring objects outside can also be tricky because attention to such things as wind speeds must be considered; even a 16 km/hr. or 10-mph breeze will give you a much lower temperature reading than the actual temperature of the object being tested. This can also be a problem inside if you have fans running or are scanning something under a hot air return.

Assure’s Thermographer Will Work
With Your Professional(s):

Assure Provides Thermography Services To Our Client(s) In Such Ways As: